The river corridors in Polk County are a popular outdoors recreation destination. Everyone views them differently. For some, they are a bike path. For others, the river is a place to fish. For others, the river corridors are a place to view wildlife and hike or mountain bike on unpaved trails in a wild setting. Others like to row a scull or dip a paddle. The metropolitan area is fortunate in that most of the river banks are in public ownership, with large tracts of river-bottom greenbelt. Since 2002 Iowa Whitewater Coalition and its partners advocate "polishing the jewel" to ensure recognition of the Des Moines and Raccoon river corridors as a recreational destination, and to create a world-class whitewater course in downtown Des Moines.

Click to see the Reconnecting Our Rivers video that Iowa Whitewater Coalition produced in 2005.

Plantings of native trees, shrubs, and grasses will have numerous positive effects:

In 2005 Iowa Whitewater Coalition proposed that Iowa should begin the movement to literally reconnect rivers - right here in Polk County. 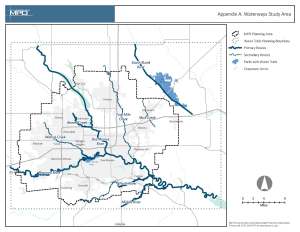